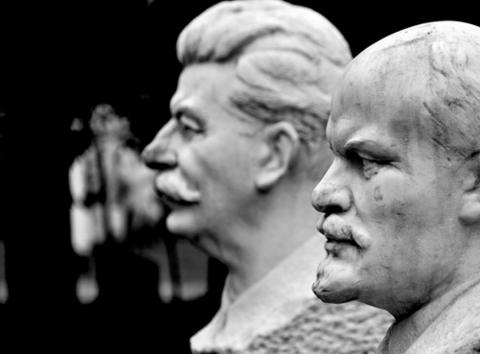 by Anton Balint via Mises.org

In September 2010, Stanford University published an article called “Stalin killed millions”, with the punchline: “When it comes to use of the word “genocide,” public opinion has been kinder to Stalin than Hitler”.

The sentiment has been echoed more than a decade later, and across the Atlantic ocean, in an interview with British historian Giles Udy who was asked by the hosts: “why is it that the Nazi’s swastika is deservedly seen as a horrendous symbol of evil and of oppression, but the hammer and sickle, people just shrug their shoulders?”, “why were we never taught this?”, referring to the crimes committed under communism.

Poll after poll, conducted over the years and across different Western countries—such as the United States, the United Kingdom, Australia, Germany, New Zealand and other nations that share the two pillars of Western civilization—have showed that those below the age of 35 support socialism, with a startling number of young people living in the UK believing in 2018 that “communism could have worked if it had been better executed”.

As such, many young Westerners continue to have a romantic view about international socialism (communism), often expressed in apologetic slogans such as the well-known “that was not real communism”, aimed at whitewashing Marx’s ideology that has been responsible for over 100 million deaths over the past 100 years.

Why is this the case? A simplistic but not entirely untruthful answer would be that the West was allied with the USSR against the Nazis, hence why the difference in perception of the two totalitarian regimes of the twentieth century. However, if the main reason for why public perception of the diabolical actions of national socialists was because they were the enemies of the West, then what about Imperial Japan?

As Avani Sihra from the Atomic Heritage Foundation, a Washington DC institution that is “dedicated to the preservation and interpretation of the Manhattan Project and the Atomic Age and its legacy”, wrote: “German crimes such as human medical testing committed in concentration camps tend to receive more attention than Japan’s crimes against humanity […] However, the Japanese too played a part in human medical testing in a secret project called Unit 731.”

How many times did you hear Emperor Hirohito being talked about as the face of evil? Probably never. Moreover, ask yourself when was the last time you saw an advertisement for a movie, a show or a book about the ideas and behaviors of Imperial Japan throughout the twentieth century? Take all the time you need, but I bet you don’t need much to think about when was the last time you saw a movie about the Nazis, or you heard them being discussed in the press. I have provided a trove of evidence to back this claim in my full report.

The similarity of the gravity behind what the actions that the Nazis committed and how Imperial Japan behaved is probably best illustrated by the Nüremberg and Tokyo Trials, during which high ranking officials from the two regimes were tried under Article 6 of the Charter of the International Military Tribunal for crimes against humanity.

Consequently, here we have two genocidal regimes ruled by authorities charged with crimes against humanity who were allied against the West and yet one of them—Nazi Germany—has received a lot more attention than the other one—Imperial Japan. What is even more interesting is that, in comparison with Nazi Germany, a regime which had socialist elements embedded in its ultra-nationalistic ideology, Imperial Japan was purely ultra-nationalistic, what is known as far-Right.

Also important to note is that there have never been similar trials for the crimes of communist regimes. The fact that Westerners do not see what happened under the USSR as crimes against humanity was vividly displayed by a poll conducted by the New Culture Forum in 2017. This is despite the many similarities between Hitler’s regime and that of Stalin.

Surprisingly however, it is not because “communism” or “Stalin” are obscure terms for Western audiences that the crimes of communist regimes are not seen with the same severity as those of the Nazis. As I showed in my essay, there is plenty of information on communism and its crimes.

The answer is to be found in two powerful forces that shape the public perception on socialism and even communism. One is the academia. As early as 1941, English writer, George Orwell observed that “there is now no intelligentsia that is not in some sense “Left”.”

Orwell’s observation remains true today as a 2017 poll which shows that “the academy’s Left-liberal skew may have increased since the 1960s.” A similar development has happened in the United States as well.

The fact that Left-wing views dominate Western academia, at least higher-education, can be seen in the way some of the teaching staff views themselves as political activists for socialist ideals and through the imposition of political correctness (which is “communist propaganda” according to English cultural critic, Theodore Dalrymple) and critical race theory, a primary vector of today’s version of Marxism: Identity Marxism, or Woke-ism which is the result of Neo-Marxism (itself the overlap between Cultural Marxism and Critical Theory Marxism) and postmodernism.

Moreover, outside the university campuses, the perception of communists and national socialists remains distorted. In an article for The Guardian entitled “Why are we obsessed with the Nazis?”, the author stated: “The ideology that underpinned Stalin’s policies of mass extermination died in 1989 with the fall of communism, but the racism that drove Hitler’s lives on in myriad forms that continue to trouble the world today.”

This is a false statement: communism did not die out in 1989 (or to be more accurate, in 1991, when the USSR did finally fall). As the Washington DC-based research institute, The Victims of Communism Memorial Foundation, states on its home page:

“The Berlin Wall fell in 1989, but communism didn’t. One hundred years after the Bolshevik Revolution, one-fifth of the world’s population still lives under single-party communist regimes in China, Cuba, Laos, North Korea, and Vietnam.”

The widespread misconceptions detailed above are also made possible because the academia is not the only place that shapes the young minds of Westerners to be more loving of socialism. Artists and entertainers are also predominantly “on the Left”.

As Mark Dice’s 2020 book—Hollywood Propaganda: How TV, Movies, and Music Shape Our Culture—documents, America’s film industry has done wonders in promoting Left-wing views. For example, the Hollywood Reporter recently wrote an article on how “Leah Cameron takes pride in The Communist’s Daughter having an unabashed socialist streak, even if her Canadian uber-left web comedy is a world away from Russian bread lines and iron-fisted Stalinism.” Cameron added: “I wanted to make a show where even if the quest of the politics and the neighborhood gets petty and silly, we can still see the positive in the ideals of socialism and Marxism, and they’re worth fighting for.”

Moreover, in a 2021 paper entitled “Left turn?”, the Institute of Economic Affairs gathered a long list of articles from Teen Vogue, a publication directed towards teenagers which, in 2017, stated that “our readers consider themselves activists”, that illustrates the acute Left-leaning angle in its articles.

Therefore, the reasons why too many young Westerners don’t seem to be appalled by Soviet totalitarianism is a mix of Left-leaning intellectuals in the teaching institutions and in the entertainment industry, two of the most powerful forces that shape the mind of today’s youth.

To read the full report Why Many Young Westerners Hate Hitler but Are Unsure about Stalin?, please visit Power of Ideas.