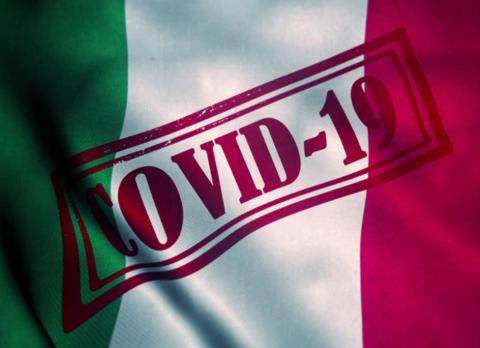 by Matteo Salonia via Mises.org

The news from Italy has started to sound like good incipits for a dystopian fantasy novel or like a déjà vu recalling the Soviet Union. A couple of weeks ago, a new decree of the Draghi government established yet more rules restricting the lives of people who have not been injected with the latest vaccine booster and who therefore cannot show the latest version of the Green Pass. These second-class citizens, who have already been stripped of their right to move, work, and participate in a great number of social activities, are now forbidden from entering post offices to withdraw their pension, and they are to be allowed access to supermarkets only to buy “goods of primary necessity.” In other words, the Italian government decides what kind of food and what other goods (if any) these people will be able to purchase. It is unclear how exactly the government intends to enforce this new decree: Will we see policemen putting their hands into shoppers’ bags? Will bread be considered a “primary” good while shaving foam and candies will be seized? There is no limit to the madness. And a recent note from the executive to clarify the situation only made things worse: the state now decrees that the unvaccinated can actually also buy nonprimary goods in the few shops they are allowed to enter. For the time being. In other words, Italy is now a society where your sphere of action goes only as far as the prime minister’s website explicitly and graciously allows. Heading out for a stroll at the park? You better check the latest blog post from Mario Draghi to see if he explicitly grants you this freedom!

How did it come to this?

Among Western countries, Italy has been one of those experiencing the most systematic denial of basic civil rights over the past two years. Coalition governments led first by Giuseppe Conte and then by Mario Draghi have empowered an unelected committee of “experts” called the Comitato Tecnico Scientifico, which has in turn empowered the governments by assigning a scientific aura to every decree, every action, and every word coming from the executive. This has resulted in an endless series of lockdown measures that for long periods have erased freedom of movement, the right to work, property rights over businesses and shops, freedom to assemble, freedom to worship, and even the distinction of jurisdictional spheres between church and political authority (with state bureaucrats closing churches and then handing out petty instructions on what rites could be carried out, how liturgies should be curtailed, and how many people if any could be present at masses and funerals). In the meantime, the legislative branch has been humbled, and government by urgent decrees from the executive has become the norm. The very constitutional structure of the country has been bent, and a new concept called “stato di emergenza” (state of emergency) has been invented out of thin air, even though it is nowhere to be found in Italy’s republican constitution.

If we were not living in the age of CNN, fake news, and outrageous subsidies handed out by politicians to newspapers and the media, one could legitimately wonder where the journalists were while all this was going on? In fact, journalists in Italy are among the main culprits of the current dystopian reality, since they have given platforms to “experts” who agreed with lockdowns and other measures that expanded government control over all aspects of life, while at the same time they ferociously mocked and ostracized doctors and scientists who dared to question the logic of outdoor mask mandates and curfews for restaurants. Anybody who dared to point out the disastrous consequences of a prolonged lockdown on mental health and on people suffering from other pathologies, or the link between the economy and public health, was accused of being a “covid denier.” This is a pattern that surely readers recognize, as they have seen it in the US and many other countries over the past two years. The fact that virtually every opinion labelled by the media as “conspiracy theory” has turned out to be true just three or four months later has done nothing to shake the arrogance of the corrupt mass media, who are entrenched in their monopoly over the news cycle, thanks to their access to state funding and political favors. And this is true in Italy as virtually everywhere else.

Giuseppe Conte’s administration was followed by another government coalition led by Prime Minister Draghi, not thanks to free elections but through a move by the president of the republic, Sergio Mattarella. In a solemn speech on February 2021, the head of state explained to the country that it was inopportune to have an election in the midst of a pandemic—even though during the same period Romania and Portugal had elections and their rate of infection was not altered. Instead, Mattarella entrusted the government to Draghi, claiming that this would be a nonpartisan, “technical government” simply charged with the tasks of obtaining funds from the EU and overseeing the vaccination campaign. Obviously, the idea of a “technical,” neutral government is absurd, since every modern state expropriates, inflates, and moves wealth from some social groups to others.

I will not get into the many lies spewed by Draghi and his ministers about the effectiveness of the vaccines, nor into the series of grotesque restrictions progressively imposed on the unvaccinated. Suffice it to say that, once again, the media was complicit, as for months it covered any failure by the Draghi administration with wild accusations against the “no-vax.” Just like those accused of being “covid deniers” never denied the existence of covid, those who are now labelled as “no-vax” have in most cases nothing against vaccines per se. Many of them simply explain that whether to take the vaccine or not should be a decision freely made by each person, considering their age, clinical history, and other factors; and they correctly note the superiority of natural immunity over vaccinated immunity. But these are unimportant details for journalists, who at the year-end press conference put up a show worthy of a banana republic by greeting Draghi with cheers and a long applause rather than with probing questions. Interestingly, the change at the helm from Conte to Draghi has had the effect of showing the true colors of Italian liberals, who are in fact ill-disguised statists.

Even Amnesty International has expressed concern about the discrimination against unvaccinated people in Italy, while Italian liberals and leftists cheer Draghi on. The only coherent, courageous opposition to Draghi is coming from the fringes and from unlikely allies like Marxist professor Ugo Mattei and libertarian professor Carlo Lottieri (a friend of the Mises Institute). Mattei has tirelessly denounced the unconstitutional nature of the “state of emergency” as well as the cowardly blackmailing of workers forced to decide between taking the vaccine or losing their job. Lottieri has led the small movement of resistance among university professors fighting discrimination against unvaccinated students and explaining how the pandemic has been an excuse for modern states to take one step further in their control over the body and mind of each individual.

The measures to which Italian people have been subjected in these two long years of unchecked statism and shameless propaganda have not only been unjust: they have also been utterly useless in fighting the pandemic. Italy has seen exactly the same trajectories and timeframes in the different waves of the virus as those experienced by countries like Sweden or even the UK, where liberties and the economy have not been trampled—or at least have not been trampled to the same extent! The failure of streams of government decrees is not a surprise for those who, having read Ludwig von Mises and F.A. Hayek, know very well that human societies are complex and that we should be humble when devising solutions from the top. Central planning—whether for the economy or for healthcare—is destined to fail. On the other hand, central planning serves a political class and crony corporations ceaselessly attempting to micromanage our lives.

Author: Dr. Matteo Salonia has taught at King’s College London and other universities in the UK. He is currently assistant professor of European and International history at the University of Nottingham Ningbo. He is the author of Genoa’s Freedom: Entrepreneurship, Republicanism, and the Spanish Atlantic (Lexington Books, 2017).

Reprinted with permission of Mises.org.