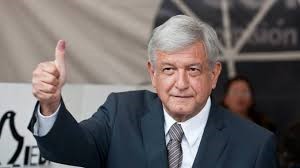 United States President Joe Biden, a coronavirus crackdown enthusiast, appears to have no qualms about promoting that every American take experimental coronavirus “vaccine” shots and even threatening millions of people with loss of their jobs if they refuse the shots. In contrast, south of the border, Mexico President Andrés Manuel López Obrador has distinguished himself by speaking out against an array of violations of liberty governments have undertaken in the name of countering coronavirus. Refreshingly, López Obrador has also taken a more reasoned approach to whether people should take the experimental shots.

More refreshing news came from Mexico in October in reporting at Mexico News Daily that Mexico Secretary of Health Jorge Alcocer Varela not buying into the so-called science backing the effort being undertaken by the US government and many state and local governments north of the border to ensure as many children as possible are given the experimental coronavirus vaccine shots that have recently been made available to them. This effort is being vigorously pursued in America despite children having a very low risk of serious injury and virtually no risk of death from coronavirus. Alcocer, instead, is arguing that the shots pose health risks for children. He has also stated that he does not want the shots for his grandchildren.

Alcorer’s view is consistent with the Mexico government’s disinclination to push giving the shots to children.

It would be nice if some state and local government officials north of the border would learn from the different approach in Mexico and challenge the “everyone should take the shots” propaganda. They could also refuse to participate in the providing of experimental coronavirus vaccine shots to children.

Reprinted with permission of RonPaul Institute.