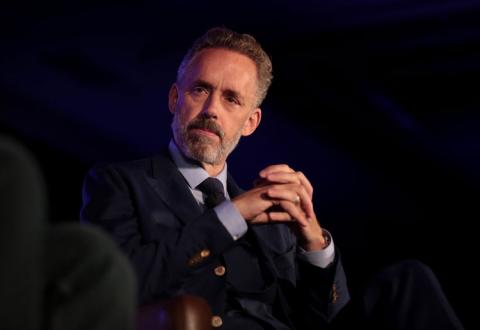 by Michael Rectenwald via Mises.org

Woke supremacy has been taking a toll on Western civilization. The casualties of wokeness are too many and sundry to track. But we should not forget that wokeness was first germinated in higher education, from whence it metastasized to the wider social body. The academy is the cathedral pulpit from which the ideological dictates of the elite flow downward to the hoi polloi.

According to David Acevedo of the National Association of Scholars, hundreds of North American academics have been subjected to cancel culture to date, including yours truly. And the number continues to grow. This is to say nothing about the curriculum, which has suffered excisions of canonical works from literature and philosophy and the denunciation of correct answers in math, among many other abominations.

Now woke ideology has led to the resignation of the most famous academic alive: the psychologist, best-selling author, and public intellectual Jordan Peterson, who announced in the National Post his decision to retire from his position as tenured full professor at the University of Toronto.

Peterson cites two main reasons for his resignation. The first involves his otherwise bad conscience regarding graduate students. For one, his white cis-hetero grad students are unlikely to land academic jobs due to the explicit discrimination that white males face in the academic job market.

I can attest to this fact, having served on hiring committees that set aside top-notch candidates who happened to be white males in favor of far less qualified and sometimes utterly unqualified comers whose membership in “marginalized” identity categories was their most distinguishing qualification. Adding insult to injury, academic job applicants must now submit “diversity” statements in which they swear allegiance to so-called diversity, equity, and inclusion (DEI), or diversity, inclusion, and equity (DIE), despite the ideology’s discriminatory function and, in the case of those from “dominant” identity categories, the likelihood that it diminishes their own prospects.

Furthermore, given Peterson’s association with the alt-right and white nationalism by hysterics in the media and the academic Left, his graduate students face even more discrimination than usual. Basically, any intellectual that opposes communism and third-wave feminism is dubbed a Nazi and a misogynist by academic leftists, and Peterson is no exception. Yet the public mischaracterizations and libelous accusations have been particularly egregious in his case.

The second reason Peterson gives for his retirement is generalized disgust with the DIE ideology and its erosion of academic standards. Peterson simply wants nothing further to do with the woke hegemony and has come to regard continued association with the university as tantamount to complicity with the woke regime.

In addition to academia, Peterson also pans Hollywood and the corporate world. The selection of actors in Hollywood is based on identity rather than excellence. The same goes for screenplays and the granting of awards. In every respect, the criteria for success have been utterly corrupted by DIE ideology.

Peterson also calls out the corporate world for its compliance with wokeness. Why, he asks, do capitalist companies accede to woke dictates? I’ve given my own explanation for this elsewhere. Wokeness serves as a demarcation device, a shibboleth for identifying cartel members and distinguishing them from the nonwoke competitors, who are to be starved of capital investments.

Peterson rightly calls the Environmental, Social, and Governance (ESG) index a Chinese-style social credit score for corporations, a characterization that I drew several months ago and most recently in an essay on the Great Reset published in November 2021. The collectivist planners use the ESG index to squeeze nonwoke players out of the market and to drive ownership and control of production away from the noncompliant. The ESG score is an admissions ticket for entry into the woke cartels.

In addition to these objects of Peterson’s ire, we might also bemoan the woke infiltration of the media, professional sports, the music business, the fashion industry, advertising, book publishing, live theater, museum curation, and even religious belief and expression. Wokeness, in fact, is a religion in its own right. It has pervaded nearly every aspect of culture and society, subverting, displacing, and rendering obsolete and anathema the once cherished values of nearly all our institutions.

Where academia is concerned, the water has long since gone under the bridge. The West has been undergoing a ghoulish cultural revolution for several years, replete with struggle meetings and self-criticism sessions. Academia not only generated this cultural revolution but was the site first ravaged by it. Higher education is long gone, and Peterson’s retirement from it is somewhat anticlimactic. Nevertheless, given his intellectual prominence, Peterson’s resignation represents a high-water mark for the ravages wrought by DIE ideology on our society.

Author: Michael Rectenwald is the author of eleven books, including Thought Criminal, Beyond Woke, Google Archipelago, and Springtime for Snowflakes.