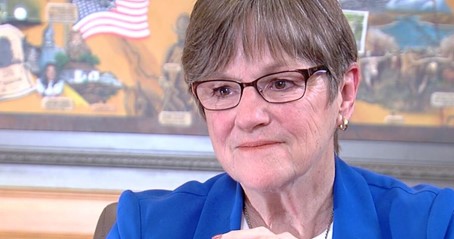 Some Republican governors, such as the governors of Texas and Florida, have acted in opposition to government mandates that people take experimental coronavirus “vaccine” shots. Democratic governors, in contrast, have tended to support such mandates or stand aside as they are imposed.

In Kansas, however, the Democratic governor has been challenging the vaccine mandates. Rebekah Chung and Mark Feuerborn reported Monday at Fox 4 News of Kansas City that Kansas’s Democratic Governor Laura Kelly has said she will sign into law a bill making it through the state legislature that is intended to place a check on mandates that people take the shots.

Kelly’s position now is consistent with the position Kelly expressed in a November 5 written statement in response to the US government the day before imposing experimental coronavirus vaccine shots mandates on employees who work either at companies with 100 or more employees or in the health care field at facilities that participate in Medicare or Medicaid.

While Kelly was delicate in her criticism of the US government action in her November 5 written statement, she did clearly state her opposition, declaring that she did not believe that “the new vaccine mandate from the Biden Administration” was “the correct, or the most effective, solution for Kansas.” Instead of going along with that mandate, Kelly stated that she would “seek a resolution that continues to recognize the uniqueness or our state and builds on our on-going efforts to combat a once-in-century crisis.”

Reprinted with permission of RonPaul Institute.